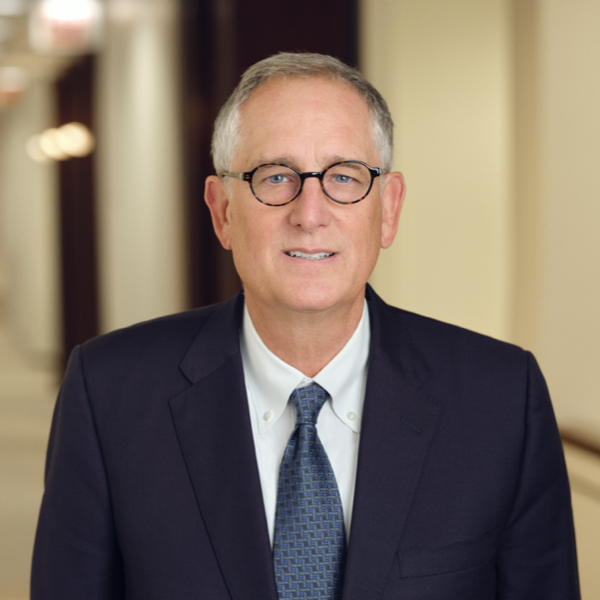 Mr. Lyerla is a counselor and trusted advisor to his clients concerning competition and intellectual property disputes. He is best known for representing clients in patent, trade secret, and unfair competition litigation.  Mr. Lyerla also has a substantial practice in criminal defense trials and appeals.

Mr. Lyerla is respected in his field. The IAM Patent 1000 (2018) describes Mr. Lyerla: “A born-and-bred trial lawyer who enjoys the confidence of influential decision makers, Mr. Lyerla continues to percolate in important cases.”  His accomplishments in the court and boardroom have earned him a Band One rating in Chambers USA, where he has been described as “enormously, enormously talented” and “a brilliant strategist.” The 2022 edition of Chambers USA reports that Mr. Lyerla “is held in high esteem for his litigation capabilities” in patent and trade secrets disputes. He is included in The Best Lawyers in America – 2014-present (Litigation-Intellectual Property). He has been selected as a Super Lawyer in Illinois repeatedly, including as one of the top 100 lawyers in Illinois multiple times. He has been selected as a member of the Leading Lawyers Network for intellectual property litigation.  He is regularly listed in Who’s Who in the World, Who’s Who in America and Who’s Who in the Law. Mr. Lyerla is Martindale AV Preeminent rated, Martindale-Hubbell’s highest peer recognition for ethical standards and legal ability.

Mr. Lyerla is a thought leader in patent and trade secret litigation. He regularly speaks and publishes on issues in patent and trade secret litigation. He was Editor-in-Chief and a Contributing Author of Antitrust Issues in Intellectual Property Law, a new book published by the ABA in May 2016.  He was a member of the advisory committee of lawyers and judges in the Northern District of Illinois that wrote the local rules for patent litigation now adopted by that court. He is a contributing author to Patent Claim Construction in the Federal Circuit published by West. He was editor in chief of the ABA publication Intellectual Property Litigation for 15 years and now serves on the editorial board. Mr. Lyerla’s article titled “Understand the Two Approaches to Claim Construction” was cited and quoted by the U.S. Court of Appeals for the Federal Circuit as secondary authority in its 2012 opinion in MySpace, Inc. v. GraphOn Corporation, 2011-1149 (Fed. Cir. March 2, 2012).

In appropriate cases, Mr. Lyerla has acted as an expert witness in professional negligence disputes arising from patent infringement or trade secrets litigation. References are available on a confidential basis.

Mr. Lyerla is committed to diversity in the workplace and in life. He is equally committed to pro bono work. He has tried numerous felony trials for the indigent. He has received the John Powers Crowley Justice Award for his pro bono work.  Currently, Mr. Lyerla receives indigent criminal defense assignments from the Public Defender’s Office in Berrien County, MI and the State Appellate Defender’s Office in Lansing, MI.

Service to the Bar

Tabet DiVito & Rothstein partner Bradford P. Lyerla has once again been named a Band One Intellectual Property litigator by Chambers USA in 2022. He is included in a small and select group of lawyers who Chambers has chosen for this designation in Illinois based on input from clients and peers, who note his effectiveness in […]

New Partner Expands TDR’s Intellectual Property Practice Tabet DiVito & Rothstein LLC is proud to announce that highly accomplished trial attorney Brad Lyerla has joined the firm as a Partner. Brad is a nationally recognized trial attorney in the field of intellectual property and unfair competition.  In addition to representing clients such as Amazon and […]